In December, Youthline Auckland
announced Kerry Spray as the Youthline Auckland Volunteer of the Year for 2015. Kerry also won a local Community Hero award at the Kiwi Bank New Zealand Local Hero of the Year Awards at the end of last year. Kerry is a dedicated volunteer on our National Helpline, based out of Central Auckland and has been a volunteer since 2013.
All solo counsellors are requested to do at least one 9pm to midnight shift per year. Of the 79 helpline shifts Kerry has completed this year, 18 of them have been at this later time, amassing 48.5 hours of his total 235.5 hours.
Since qualifying as a mentoring counsellor in March 2015, Kerry has provided over 160 hours of mentoring to helpline trainees and has gained notoriety amongst group trainees and facilitators for his flexibility and availability to provide so many mentoring opportunities.
He is also a Facilitator, Accredited Hub Mentor, and has recently joined the Triage team. He’s also completed Advanced Personal Development and Group Dynamics courses at Youthline. 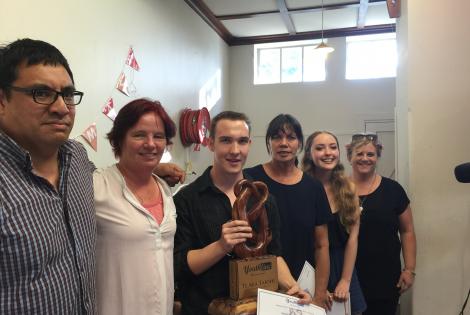