Youthline Alternative Education student to Receptionist to Youth Worker - Jasmin Albert is one success story that’s going full circle.
“Mum dragged me along to counselling at Youthline, and at that age [13] I wasn’t interested at all, but looking back now I can see how beneficial it actually was.”
The eldest of six, Jasmin was attending Auckland Girls Grammar School (AGGS) where she was stood down for truancy and was sent to the Auckland Secondary Schools Centre.
She stayed there for two terms and then went back to AGGS, but within two days was stood down again with teachers saying she ‘had a problem with authority.’
From there she was referred to Resource Teachers: Learning and Behaviour Services who then put her onto Youthline’s Alternative Education Programme.
“I enjoyed Alternative Education a whole lot more than school - it was more specialised around what I was interested in and because the class sizes were so small, the learning environment was a much better fit for me.”
After being integrated back into mainstream school, Jasmin made the decision to leave when she turned 16 and was then offered a full time job as Youthline’s Receptionist.
“It’s scary how long I have been involved with Youthline - but I look at them as my other family, the environment is what attracts me here,” she says.
Jasmin left her position at Youthline study a Bachelor of Social Practice at Unitec.
Today, Jasmin is a Full Time Youth Worker at Youthline Auckland Central 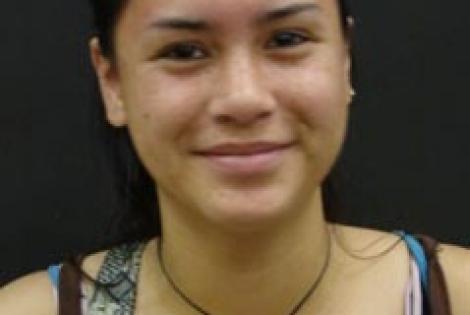