Youthline did us proud for PRIDE!

Youthline joined thousands of revelers to celebrate Pride at the Auckland Pride Parade on February 21st.

"We actively support the Rainbow Community in Aotearoa in our work and through partnerships - young people, friends and families. It feels so good to celebrate with the community."

The Pride festival organiser had a space at the Youthline Auckland Central Centre in the lead up to the parade, and the Centre was also home to the 45+ floats which made their way down Ponsonby Road. While everyone was getting ready for the parade to begin we had a sausage sizzle for participants and passers-by.

Youthline received really positive feedback about our participation in the parade, which is awesome. Onlookers enjoyed our cool float, which consisted of angels and devils to represent the way inner demons can create turmoil for the young people that we work alongside. There was heaps of cheering from the crowd on the night, as well as lots of congratulations from supporters following the event. 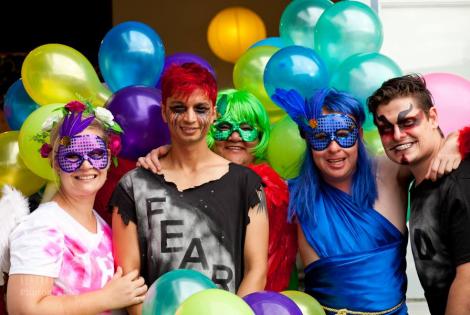