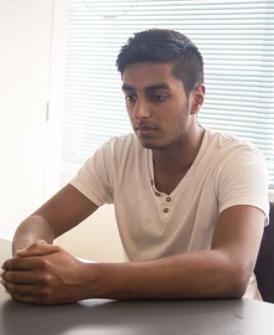 Find out what constitutes bullying.

Find out what constitutes bullying.

Bullying is an abuse of power. It's where one person or a group of people uses their power to make another person feel powerless. Bullying is not a “normal part of growing up”. Bullying is never okay or deserved. It can leave the victim feeling constantly scared, down and unsure of what to do.

Just like the bullies themselves, bullying comes in lots of different forms:

Put-downs, name-calling, swearing, writing notes or signs about the person, spreading rumours, laughing at someone, threatening someone, mocking, discriminating against someone for all sorts of things, including how they look, act, who they go out with, what they believe, where they come from or who their family are.

Making rude gestures (like pulling the finger or pulling a face), eye-rolling, ignoring, snobbing someone or excluding them.

Taking property (like money, lunch, cellphone) and threatening to damage it or keep it if the person doesn’t do what they want, hitting or punching, tripping up, throwing stuff, spitting or pushing.

This can include being sent rude, scary, or mean texts, photos or videos, lots of the same message over and over again, lots of phone calls, mean online comments or pictures on social networking sites and pages created that say mean things about other people.

If you're being bullied, you need to tell others what has been going on and build yourself a support team to help tackle this issue so that you're not facing this on your own!

If you have talked to someone and they haven’t helped, don’t give up! Try other options for help! Keep asking until you get the support you need.

When you talk to someone it means you're not alone any longer, and best of all, you can think of ways to overcome the problem together.

Here are some people who could be on your support team. Once you have a support team in place, you can take action!

Saying NO can be one of the biggest challenges. What’s the deal with this two letter word being so hard to say!?

Often we just want to fit in and have fun - so we go along with it. We block out that guilty feeling and the image of our parents disappointed faces and put off the consequences until later. But learning to say no is something we all have to do at some stage, kind of like learning to tie your shoelaces, ride a bike or tell the time.

Actually, “no” can be a pretty handy word, especially when it comes to dealing with peer pressure. Peer pressure can ‘spoken’ which is when someone actually tells you to do something but can also be ‘unspoken’ and harder to recognise when its happening to you.

There are heaps of situations which could involve peer pressure, especially when it comes to drinking or taking drugs.

My mate is getting bullied. What can I do to help them?

Being an Active Bystander: Stand up for others

Stopping bullying is EVERYONE’s responsibility. Bullying is not just between the victim and the bully. People who see the bullying going on or know it’s happening play a really important part in it.

Where do you stand?

Getting the bully to start something, joining in on the bullying, praising the bully or watching and doing nothing or walking away.

Telling the bully to stop, standing up for the victim, distracting the bully, staying or sitting with the victim, holding their hand, getting help from your peers, from teachers and other adults.

As a bystander, it’s also important to stay safe and avoid violence.